What’s Networking Got To Do with Leadership? 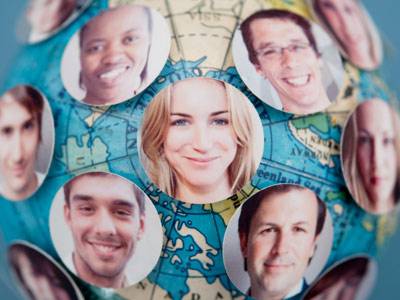 -Developing Business Leaders, The Conference Board

“Leaders who are skilled networkers have access to people, information, and resources to help solve problems and create opportunities. Leaders who neglect their networks are missing out on a critical component of their role as leaders.”

“Networking is an essential activity for the ambitious manager – and a requirement even for those focused simply on doing their current jobs well.  Strategic networking to help uncover and capitalize on new opportunities for the company puts the tools of networking in the service of business goals.”

-“How Leaders Create and Use Networks,” HBR

-Alex Pentland, from MIT, in the HBR

“Social capital is even more necessary to managers’ advancement than skillful performance of traditional managerial tasks.”

“Expanding my professional network is important,” say 72.5% of executives, but only 34.5% are satisfied with what their companies are doing to help them.

“It’s not enough to be technically adept or even to be interpersonally pleasant. Power goes to the ‘connectors:’ those people who actively seek relationships and then serve as bridges between and among groups. Their personal contacts are often as important as their formal assignment.  In essence, ‘She who has the best network wins.’

“Network stars have social capital – a stockpile of personal relationships with many people whom they regularly connect to one another.  Even the most technology-savvy leaders rely on their own personal networks to find the best resources quickly.  The human networks are what count.”

“Much technical knowledge, even in the hard sciences, is highly tacit and therefore far more effectively transmitted face-to-face.”

“Being intentional about developing . . . relationship excellence that comes from connection is the key to unlocking corporate potential.  It is the next step in the evolution of organizations.”

“There is a key distinction between networking and successfully networking:  Indiscriminate linking, inviting, attaching, following and aggregating lists of names won’t yield the same benefits as conversation, dialogue, and interaction with others.”

About the Experts who Compiled the Quotes

Anne Baber and Lynne Waymon are co-founders of Contacts Count LLC and co-authors of 5 books on networking and career management.  Visit them at www.ContactsCount.com.   Their Networking Competency Assessment shows which networking skills you’ve mastered and which to give attention to next.  Go to http://www.contactscount.com/testyourskills.html for details.